People Magazine: Dec 8. 1997
"A furiously quick read, Cellmates is that rarest of thrillers: taut and thoughtful."

Business Week Oct. 27, 1997
"From The Attack of the Killer Tomatoes to The Boys From Brazil to Jurassic Park, film and literature have usually portrayed biotechnology as flirting with epic,even apocalyptic, consequences. The more subtle and personal implications of genetic engineering have rarely gotten a thoughtful airing. Now, San Francisco neurologist Robert Burton has written a refreshing antidote to the little cloned Hitlers and the Jeep-chomping T. rexes: His third novel, Cellmates, is an intelligent,psychological bio-thriller.
Meet Artie Singleton. He's hardly the first baby boomer to suffer from depression and a vague sense that something's lacking. His love life is marginal, and his mother has just died. Then, he gets a life-changing letter: He learns that he actually is one of 10 clones that were created at a fertility clinic from a single sperm and egg --and then carried by 10 different mothers. The terminally ill wife of the scientist who undertook the procedure asks Artie to deliver the news to his nine absolutely identical brothers, all separated before birth.
Ethicists weighed all the big questions when Dolly, the cloned sheep, made her appearance last spring. But Burton's novel is a poignant argument that even well-intentioned manipulation of DNA, the blueprint of what makes a person unique, has the potential to wreak havoc upon a person's psyche. As Artie tracks down carbon copies of himself in far-flung locales--an island in Puget Sound, an inner-city mission in Portland, Ore., the Las Vegas crap tables--he is struck by how strong their emotional bonds are, despite the radically different paths they have taken. When some of the clones apparently commit suicide after his visits,Artie feels that his world is collapsing.
Burton is a good writer who brings a light touch to medical and technical jargon. And he provides plenty of humorous, subtle, human moments. In one exchange, Artie is describing his own rather ordinary life to a clone whose life seems morally superior. Artie is suddenly struck by his own inadequacy: Prattling on about his ex-girlfriend and his Peugeot, he realizes that ''the more he said, the less he'd be.''But when he sees the run-down casino where another brother makes his sorry living, Artie gets to feel superior. The cheesy cowgirl in the sputtering sign outside, Burton writes, ''had some incurable neon disease.''
Cellmates raises issues that have growing resonance for us all. When, for example, Artie learns from a brain scan that he has homicidal tendencies --and
thus so do all his brothers--we're reminded that genetic information is both very personal and also a bond with others. As technology reveals our genetic secrets, will we ''owe it'' to our siblings, our children, our parents, our partners, to reveal all? Are genetic tendencies destiny--or just a wake-up call? Ultimately, Cellmates delivers a good read and a valuable reminder: Genetic tinkering doesn't have to
trigger the apocalypse to change lives in ways that are both profound and frightening."
By JOAN O'C. HAMILTON

Amazon Thrillers Editor's Recommended Book, 10/01/97:
"Artie Singleton would appear to have a wonderful life. He's 28 and owns a comic book and CD-ROM shop in San Francisco that has suddenly become a hot hangout. Then Artie learns a disturbing fact: he is one of 10 genetically identical clones. Not only that, but somebody is killing off his siblings and making their deaths look like suicides. In Robert A. Burton's energetic, thoughtful thriller, written in a brisk and funny style that makes Ira Levin's similarly themed The Boys from Brazil play like a Wagnerian tragedy, Arnie and two of his remaining brothers set out to uncover the secrets of their strange birthright. Burton's first medical thriller, the equally engaging Final Therapy, is available in paperback."

San Jose Mercury News Oct 19, 1997
"...A visually lean psychological thriller exploring biotechnology's impact on a single, (or so he thought) bright but unremarkable man. It is gripping....
Cellmates spins an intense yarn from the wool of cloned sheep...The nature-nurture debate gets a good workout here: Given identical genes but different environmental shoves, what does a man become? What can a man become? A killer? A clergyman? A con man? A corpse?...
This book's strength is Artie grappling with his own fractured nature, clone by clone, literally confronting the roads not taken....
Cellmates is a complete look at a powerful reality: The threats of biotechnology don't have to be cloned Hitlers or Big Science run amok, but can be Trojan horses loaded with unpredictable and deeply personal ethical consequences.

San Francisco Medicine January 1998
"Burton puts a new twist on the standard tale of a very ordinary antihero thrust into a world of complex and deadly intrigue. The fact that the setting is San Francisco only adds to the allure of this engrossing tale....
This is a creepy, fascinating story, well told by someone with both the literary skills and the scientific background to fill in the holes."

Imagine: You've just found out you have nine brothers. Identical to you in every way. Except for the gene that made one of them a killer--
Artie Singleton's mother was dead. But among her possessions lay a letter. And inside was a secret that would shatter her son's world: In 1963, a shocking experiment at a famous fertility clinic had cloned ten identical male children from a single donor embryo. Artie Singleton was one of them.
Artie, a successful San Francisco entrepreneur, is now searching for his nine brothers. He assumes they will look just like him. But Artie finds some things he didn't expect: a sociopath among the clones determined to kill off the others--and a terrifying truth about their gene pool that could spell Artie's doom, or give him the cunning to stay alive. 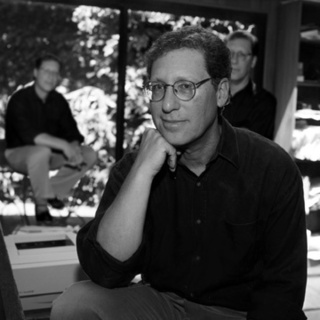 A cloned author (according to People magazine).

A Skeptic's Guide to the Mind: What Neuroscience Can and Cannot Tell Us About Ourselves.

On Being Certain: Believing You Are Right Even When You're Not